We have a team of professionals ready to assist you on probity, governance or procurement matters. Our team is led by the following senior members. We also have a number of  junior members who work on teams with us.

Anne advises government entities and not for profit entities on competitive tendering, probity and governance issues. Anne is an experienced Probity Practitioner and has been a lawyer for over 25 years, including as a partner at the national firms of Blake Dawson and Sparke Helmore, Lawyers. Anne is a long term member of the DTF Whole of Victorian Government Professional Advisory Panel (Probity Practitioners).

Additionally, Anne is an experienced public sector board member, having served on the RMIT University Council (2003-2012, including as Chancellor in 2010), the Metropolitan Waste Management Group (2006-2012), the Victorian Government Purchasing Board (2004-2011) the EPA Advisory Board (2013-2014), a board member of the Sustainability Advisory Fund and a panel chair of the Merit Protection Authority and the Disciplinary Appeals Board (DEECD).

Anne is an accredited Gateway Reviewer for Department of Treasury and Finance (Vic) and in that role has undertaken Gateway Reviews on major government projects in the transport, IT and Construction areas.

Anne’s recent experience includes as probity practitioner on over 300 projects as a member of Victorian Government Probity Practitioners Panel since 2002 and as an adviser to Commonwealth government entities including the Department of Defence – advising Victorian Government departments, agencies and authorities (together with Commonwealth and Local Government) and not for profits on matters relating to probity, tendering and governance.

Stephen was admitted to practice as a lawyer in 1972. He worked with the Australian Government Solicitor (AGS) or its predecessor from 1973 to 2004. From 2004 to 30 June 2011 he was engaged as a Consultant with Sparke Helmore, Lawyers and undertook extensive probity engagements for the Victorian and Commonwealth governments, including the Department of Defence.

Stephen is highly qualified to advise public sector clients in a wide range of matters. With 20 years’ experience as a senior manager, he understands the challenges faced by the public sector.

Melissa has over 10 years relevant experience as a lawyer and a probity practitioner.
Melissa began her career with the Department of Justice, where she provided legal and policy advice on a range of issues across the Department’s portfolio. More recently Melissa has been a legal adviser to a University. As such, she has extensive and demonstrated experience with Government processes and procedures, including working closely with, and managing, stakeholder relationships.

Melissa is an accredited Gateway Reviewer for Department of Treasury and Finance (Vic).

Melissa worked together with Anne and Stephen at a previous firm and has continued to provide advice to government (State and Commonwealth) and non-government clients on procurement and probity matters and works on many of the major matters of the firm.

James provides ad hoc administrative and technical support for Anne Dalton and Associates including data management and website monitoring since joining the team in 2015.

Many years of relevant experience 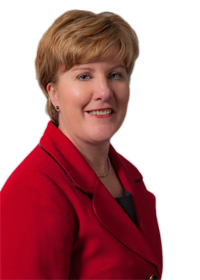 Contact us for your Probity, Procurement and Governance matters.